Thanksgiving was last week, and since I’m the vegetarian in the family, I have the job of making veggie side dish. Maybe it’s the season, but for some reason, all I could think about was brussel sprouts, so that’s what I decided to make. When I mentioned this to my friends, I actually got some dirty looks because so many people do not like brussel sprouts, but I think it’s just because they have a bad reputation. I’m convinced that if you had my brussel sprouts, you’d LOVE them!

Here’s the funny part …… my cousins ended up bringing a brussel sprout salad, which was so delicious and refreshing. So, that ended up being the theme of the night.

5 or 6 leeks (sliced in half long ways, and then cut into ribbons

(I used an infused olive oil from The Ancient Olive)

A sprinkle of sea salt

Cut off the brown ends of the Brussels sprouts and pull off any yellow outer leaves. Cut off the root end of the leeks and slice as listed above. Leeks are very earthy and dirt gets stuck inside the crevasses, so make sure you wash the leeks thoroughly. Mix the leeks and sprouts in a bowl with the olive oil, ghee, salt and pepper. Pour them on a sheet pan and roast for 35 to 40 minutes, until crisp on the outside and tender on the inside. Open the oven once or twice to stir around so they brown evenly. Sprinkle with some sea salt, and serve immediately. Enjoy! After the leeks were all nice and washed Make sure you clean them really well. Wild Mushroom & Save Infused Olive Oil from The Ancient Olive Here are a few pics of my Thanksgiving! I hope yours was equally as wonderful!

This is the vegetarian side of the table! Did I mention that this year Channukkah fell on the same night as Thanksgiving? We also had latkes. I am a big fan of latkes with apple sauce. My nephew, Isaac. He wouldn’t pose or sit still, so I got him in action! He has the red sleeves. Oliver hanging out in the paper bag after grocery shopping.

This completes Thanksgiving for me! Love my little guy! Here I am on Thanksgiving saying Shalom! I hope you enjoy the roasted sprouts and leeks! What are some of your favorite brussel sprout recipes? How do you cook them? I’d love to hear about it and trade recipes…

« Oil Pull With Me! Here’s how…
Some Things To Make You Smile » 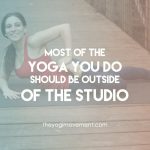 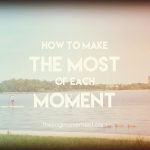 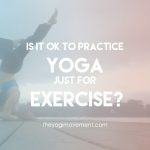